Well, folks, we did it. We filled up every one of those twelve drawers with stories of angst and humor, absurd situations, confusion, and heartache ― and just in time for us to turn around and do it again! But before we start calling our favorite doctors and planning topics for next season, please excuse us while we pause to reflect a little bit and review.

Our host, Faith Aeryn, confessed, “Our first season was more of an emotional rollercoaster than I expected it to be going in.” Faith explained, “I was really personally invested in our final episode [My First Goodbye - an exploration into the epidemic of physician suicide].” As Faith mentions in the episode, the death of a friend was the impetus for the podcast and creating a virtual community for overwhelmed medical students became the mission. “I feel like we put our hearts and souls into the entire season.”

On the subject of hearts and souls, in "My First Open Heart," we checked in with Jacqueline Jackmond, a cardiac patient. Jackie is an artist working in human resources in Manhattan. She was recently reunited with the two good souls who set out to save her life.

“Full circle. I once spoke on a podcast [My First Cadaver] about a couple that spotted me in an orphanage in Vietnam many many years ago. They were told that I was 3 times dead: orphan, female, heart condition. Their response was, ‘We can do something.’ And they did. Recently I was able to meet this couple after more than 25 years later. This is why life is incredible.”

(Adopted father to the right, another important hero in all this.)

Another contributor to the “Open Heart” episode, (as well as “My First Inkling” and the season finale, “My First Goodbye”) Pranay Sinha opened his heart to his girlfriend and popped the big question. They were recently married after a brief engagement (and an adorable and very doctor-like proposal).

Some other episodes we found were popular with listeners include “My First Inkling” — the first clues of a potential medical destiny; “My First Darling-Honey-Sweetheart” — conversations with women in medicine; and “My First Monkey” — adventures in pediatrics. Jesse Gellert, the little boy interviewed in our “Monkey” episode after he pushed a piece of a robot up his nose, apparently did not learn his lesson regarding sticking small objects into holes in his head. While the episode was in post-production, his mother took him to the doctor for an earache where they discovered a piece of bread and a folded up piece of paper lodged in his ear canal. Although they were removed easily and without much discomfort, Jesse’s mom now makes of point of dressing him in clothes with pockets.

As for Season Two, well, we’re full of ideas. Faith says, “I feel more invested than ever in sharing doctors’ stories, and if I’m honest, in doing whatever I can to help change medicine and medical training in the process."

And on that note, we’d love to hear from you. Really. We want to know what you thought of Season One and your honest feedback is how we can make Season Two even better. Tell us what topics you’d like us to cover, and if you have a great “first” story to tell, please do!  Feel free to post in the comments below, or email us.

And remember: Don’t play Pokemon Go near a cliff or YOU could become someone’s first cadaver. 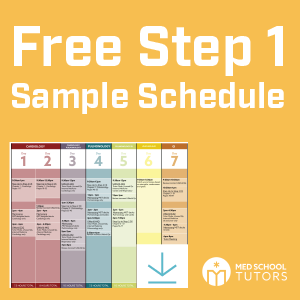 Thinking about your first time?
Come on, spill it!
(You know you want to...)